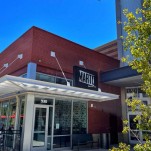 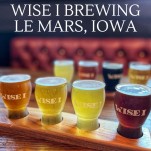 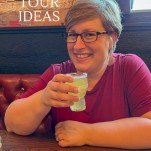 Make sure to get your Iowa Beer Passport this year and make a jaunt to Iowa’s 115 breweries and do an Iowa Brewery Tour or 10! Enjoy fantastic Iowa craft beer!

We are sure you know, a craft brewery is a brewery that produces a limited amount of beer, and often is prized by its customers for innovation and uniqueness in those beers. Small and independent, these breweries have an annual production of 6 million barrels of beer or less.

This post contains sponsored content brought to you by Travel Iowa. We received compensation to create this post. But, all opinions and views presented here are 100% our own. This post contains affiliate links for products that we think you as readers might find useful, and we make commission off of these! For more details about our affiliates, click our Disclosure and Contacts Page.

The Iowa brewing industry is experiencing strong growth, as are a lot of breweries around the US as beer fans turn demand more of their innovative brews! Many Iowa breweries have earned awards from competitions around the world. Iowa breweries are a great wing of the tourism industry and in some cases, contributing to historic preservation!

Make sure to get your Iowa Craft Beer Passport 2021! (There’s a wine one too!) Check which breweries are participating! The passport was launched May 10, 2021 and your passport can be instantly delivered via text and email. No app to download, it’s an easy mobile application while you taste beer! 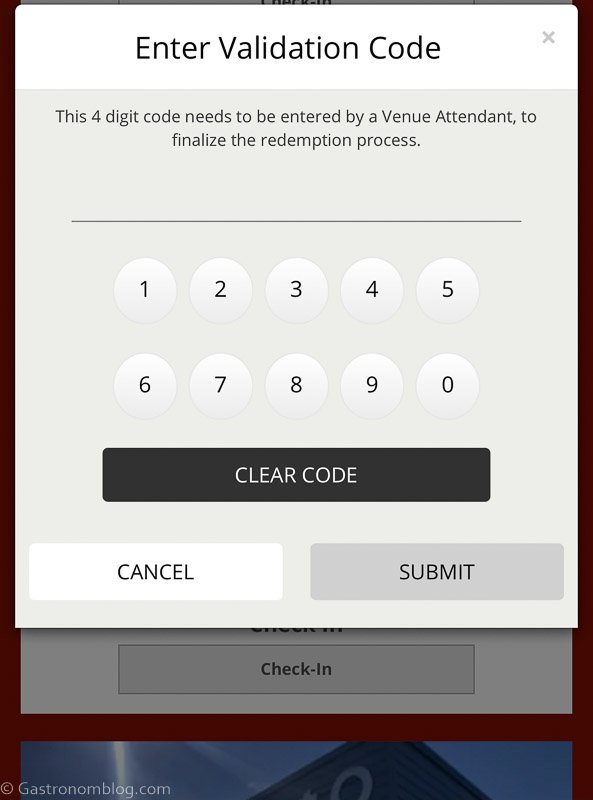 See below how you can join in and play along too in an Iowa brewery tour!

Whether it’s cold outside or it’s a hot summer day, nothing beats the experience of tasting locally crafted beer. If you like them crisp, citrus, hoppy or rich, the Iowa breweries have just what you are looking for! We were lucky to visit two fine examples of Iowa breweries to share with you! Located northwest Iowa, Marto Brewing is in Sioux City, and Wise I Brewing in Le Mars! 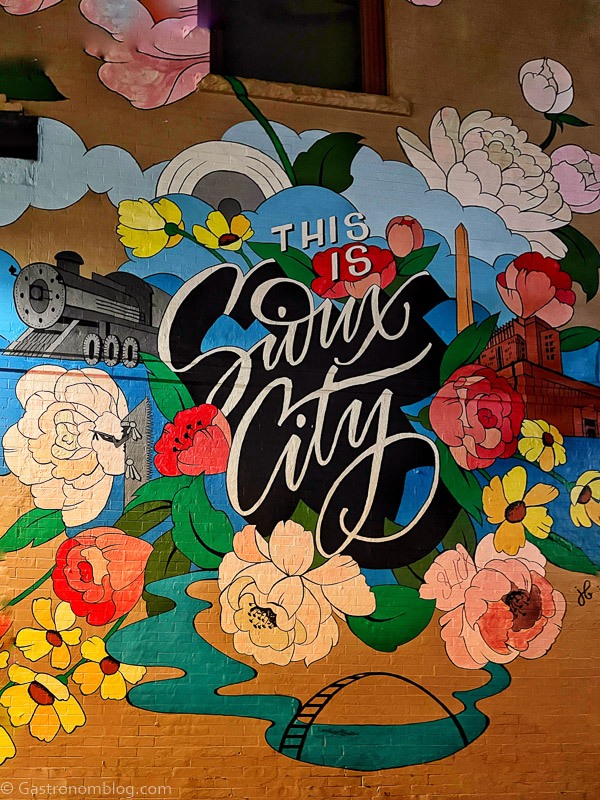 Local breweries are producing brews to appeal to all tastes, plus they are also creating special places for friends and families to enjoy. We got to try some experimental microbrews with unique flavors, some ciders, even cider blends, so the beers on tap are as unique as the breweries making them. 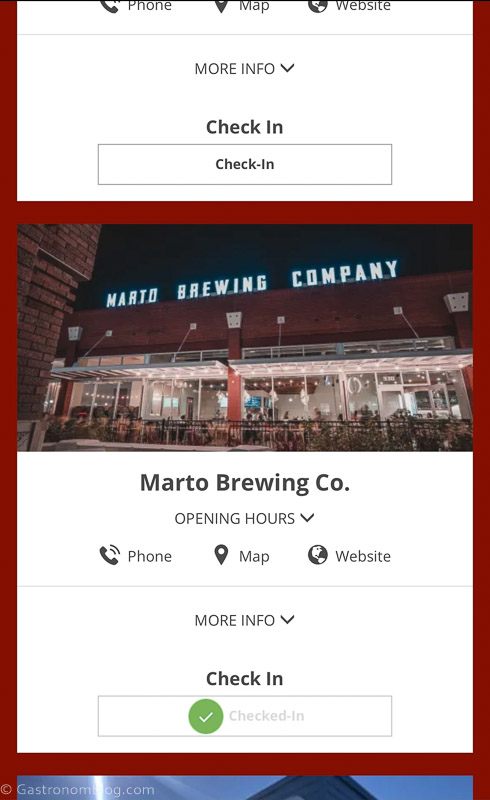 How Does the Iowa Craft Beer Passport Work?

We took the time on a Saturday to make the 90 minute drive up to Sioux City to Marto Brewing. As we knew they served food, so we planned to have lunch there, as well as trying their tasty beers! 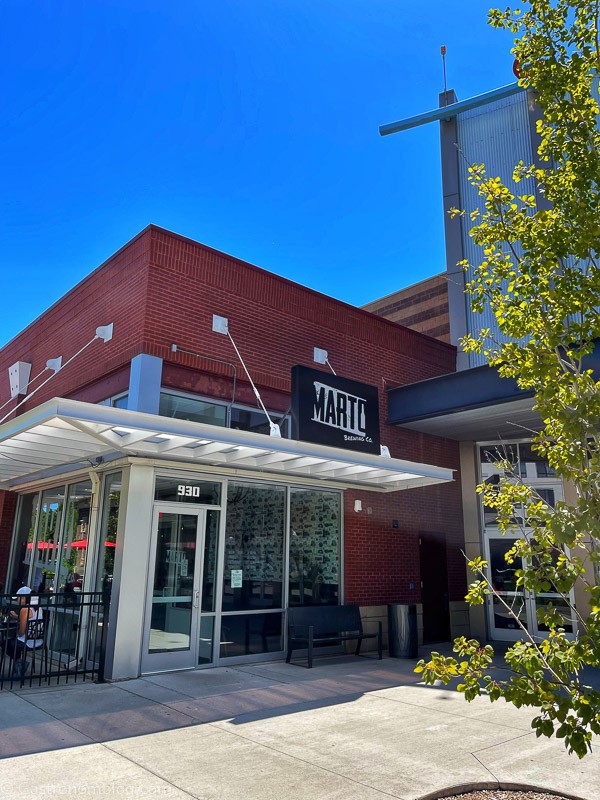 Around noon, we got to Marto Brewing and sat on the patio, even though it was a super warm day, the sun felt nice, and we quickly got our beer tastings with 8 different beers to try. 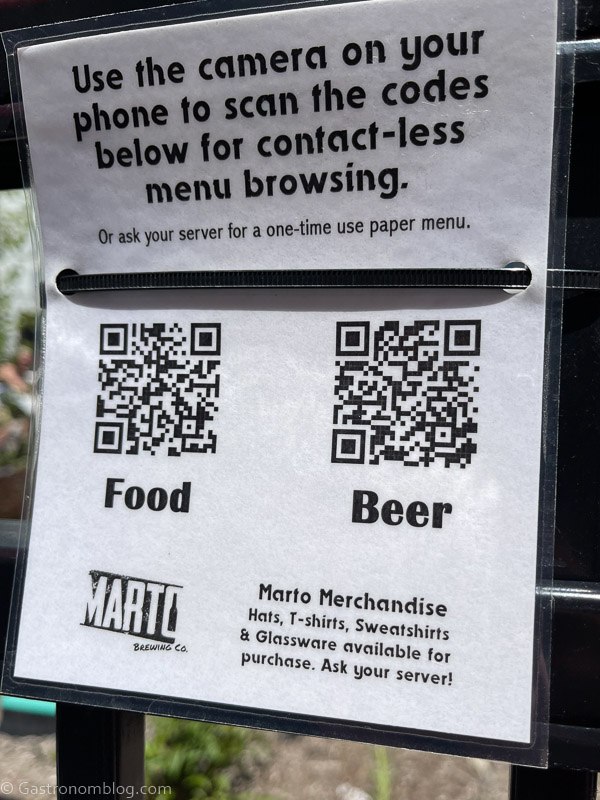 Marto Brewing Company is an edgy artisan brewery with a deep passion for craft beer in downtown Sioux City. Each beer is fermented with a specific yeast to bring out the qualities they want in the intended beer style. 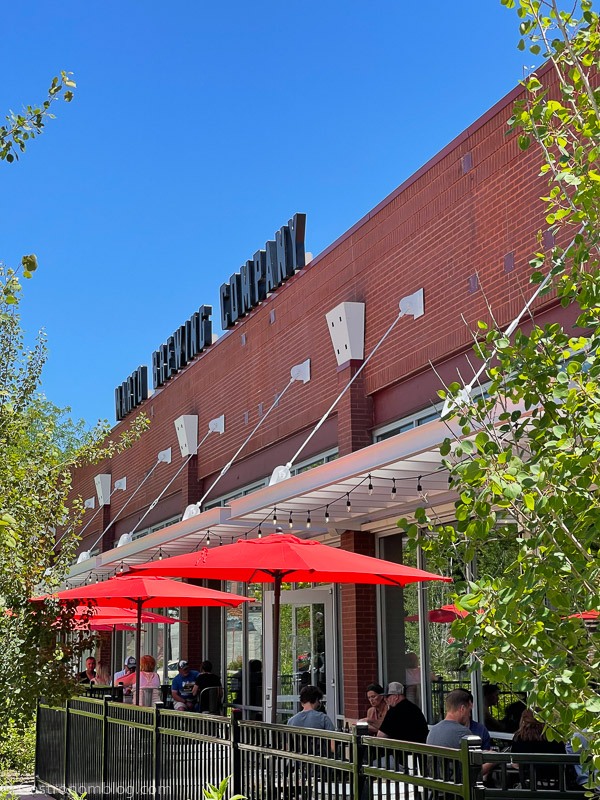 We started with the lighter choices, and worked our way to the heavier, darker choices. First we had American Girl, which was a cream ale, blonde, light and crisp. 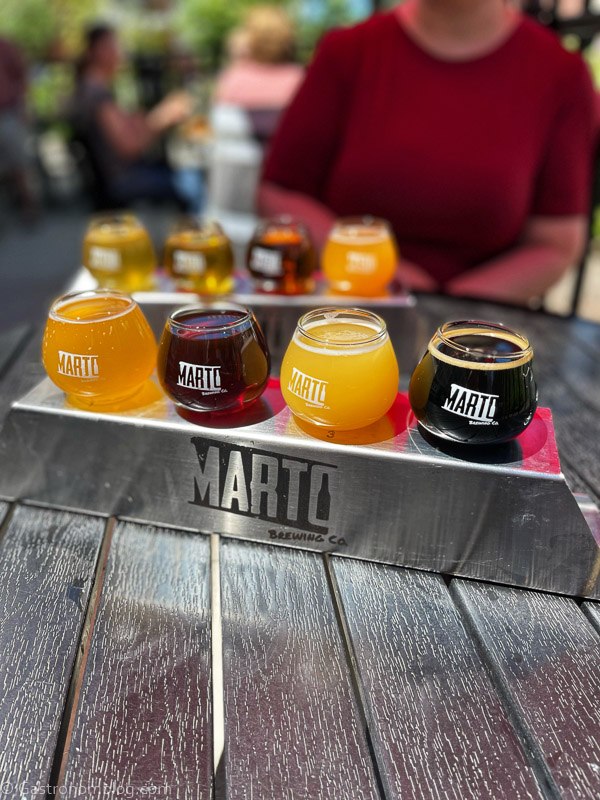 Second was Rice Krispy Bois, which was a collaboration with another Sioux City (and Iowa Craft Beer Passport participant) Jackson Street Brewing in Sioux City, and with the 3 brew masters nicknamed Snap, Crackle and Pop, the naming the beer Rice Krispy was fitting. It was a lager brewed with rice, and lightly dry and hopped. This was a great sipper for such a warm day.

Next was the Iowa Sunrise, a classic lager with toasted malt, and a dash of hops for a bit of floral flavor. Amber colored for the Iowa sunrise. 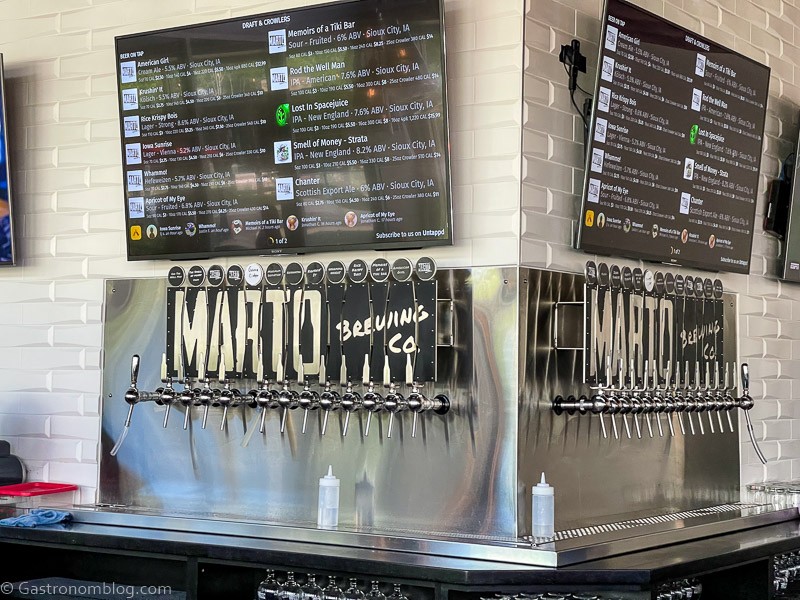 Then to round up the first four we finished with was the Whammo! Wheat. It’s a German Hefeweizen brewed with a blend of pilsner and wheat malt. Some hints of tropical banana and baking spices.

The next 4 were the most exciting for us as they were so different. First was the Memoirs of a Tiki Bar. It was brewed with coconut, pineapple, tangerine and passion fruit. A very tropical sour beer with so many flavors happening, it definitely was a beach party in your mouth. 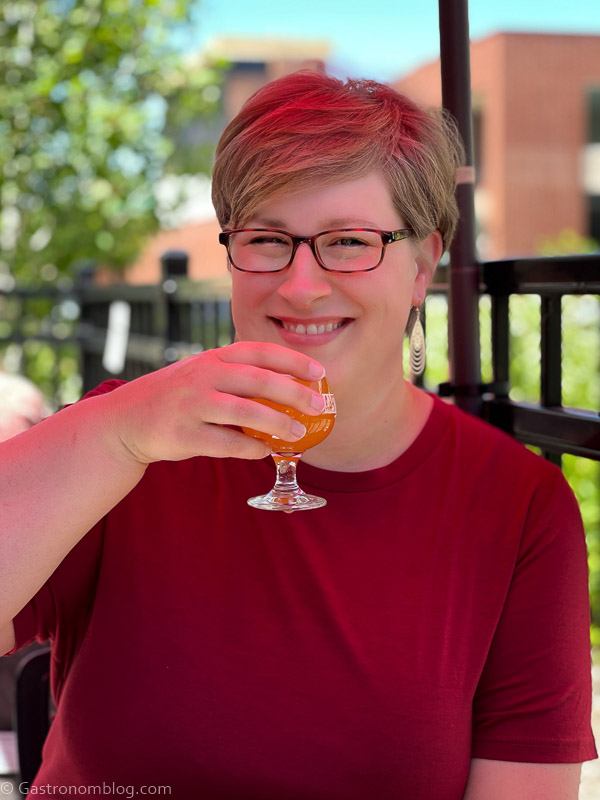 Then we moved to the Chanter, a Scottish ale with European malts, full of caramely flavors that is great for a brown ale or amber beer lover! 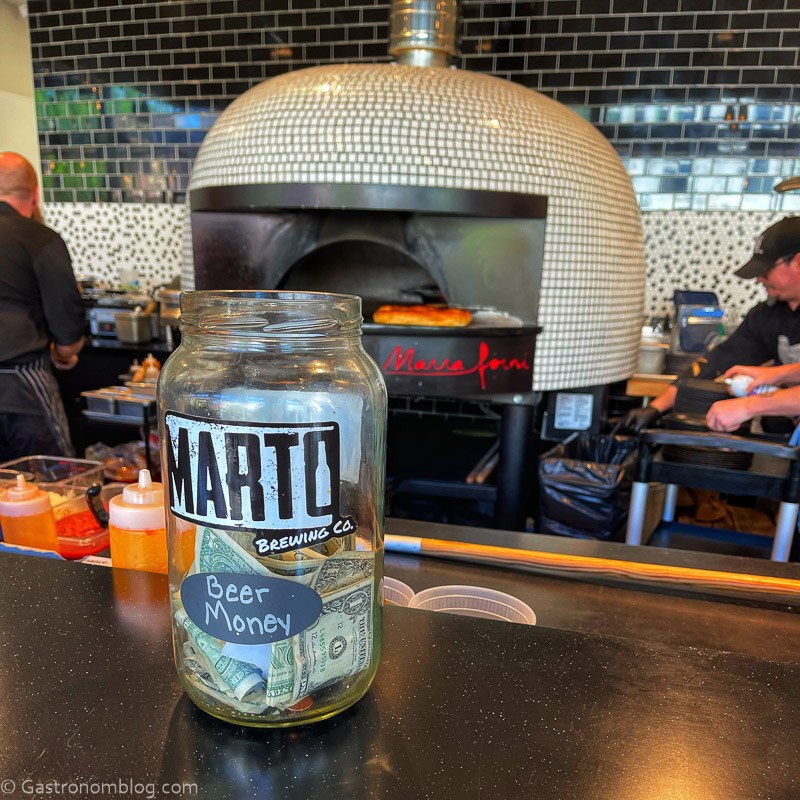 Then the Smell of Money Strata, a hazy IPA, because hops are expensive! Strata hops and notes of passionfruit, citrus and described as dank. 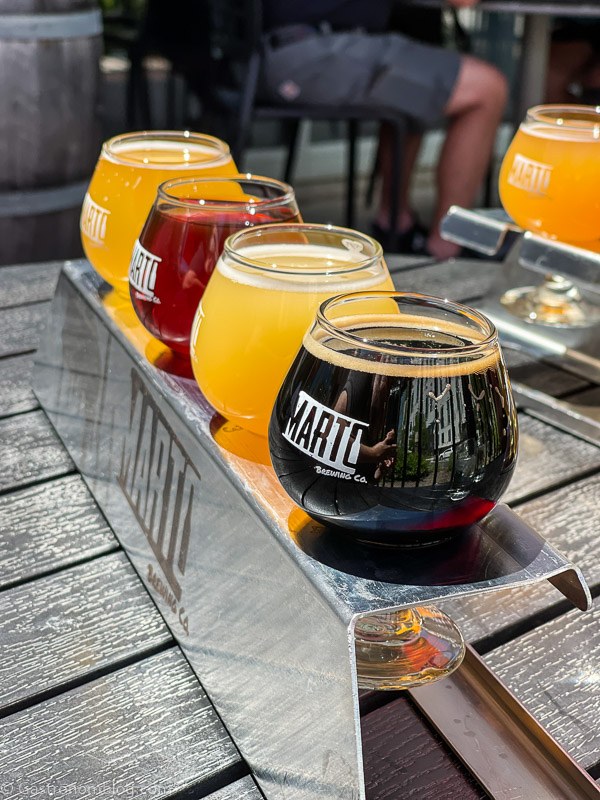 Then we finished with the Maximum Deviation, an Imperial milk stout brewed with coconut, toasted coconut and vanilla beans. It was rich and dark, and oh so decadent! 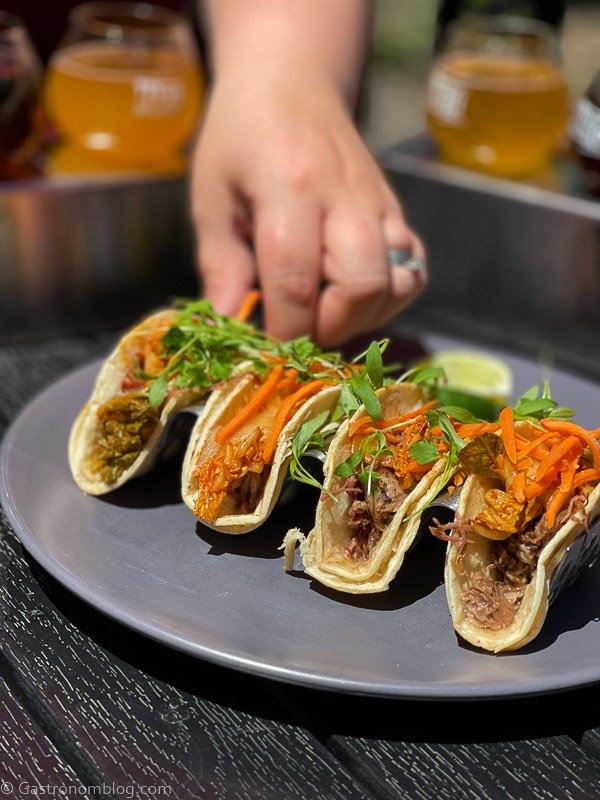 Marto Brewing also offers up a full menu, burgers, sandwiches, salads and appetizers. We took the chance to explore their menu, with Jay choosing a Cuban sandwich, and I had a salad, both of which were tasty. The highlight of the food was our starter, the Korean Short Rib Tacos! If you can, PLEASE order these. I wanted more. They were corn tortillas, filled with braised short ribs and kimchi, then topped with crunchy carrot and cilantro. They were so tasty! 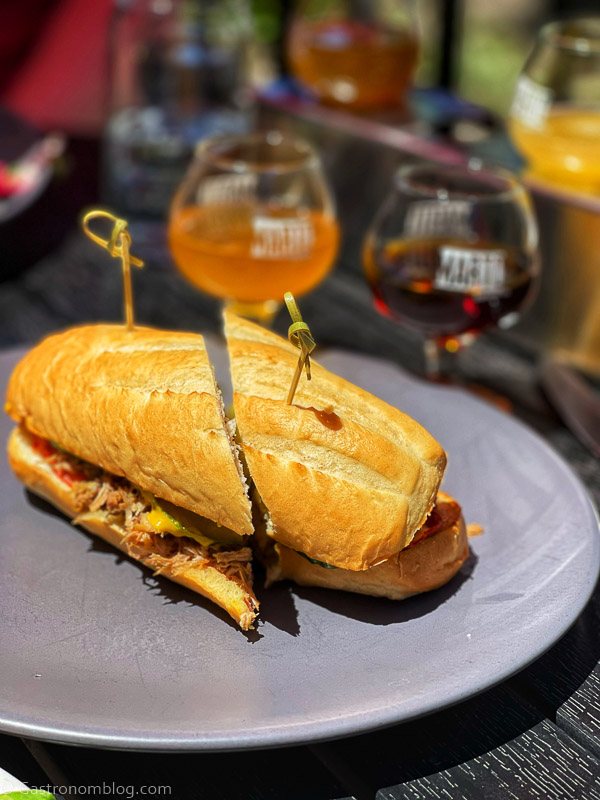 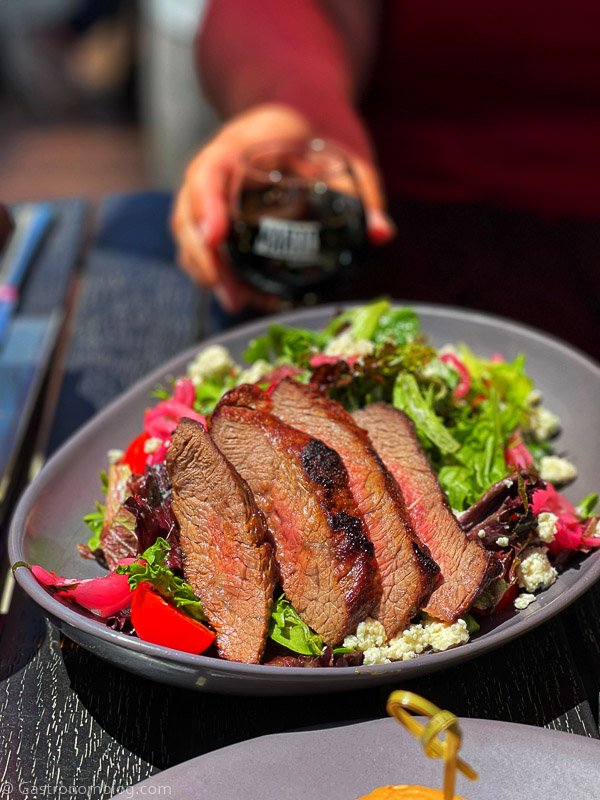 After lunch we made our way to Le Mars, Iowa to Wise I Brewing. It was about a 25 minute drive from Sioux City. We loved the atmosphere of Wise I, was a mix of farmhouse chic, and funky 70s bar chic. And their can designs are just amazing and so fun. 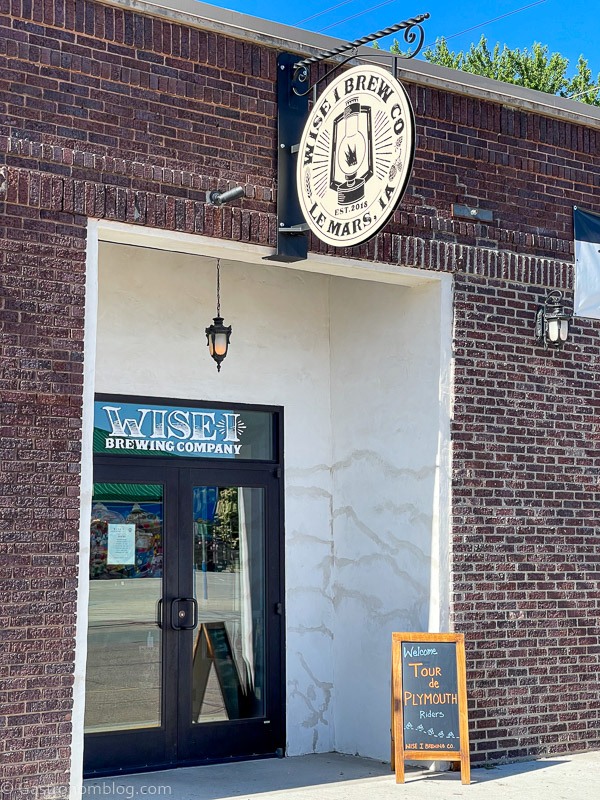 Wise I is recognized by the Iowa Brewer’s Guild as the 100th brewery in Iowa, and Plymouth county’s first micro brewery! They were inspired by many things including Ida B. Wise, an Iowa involved with the temperance and prohibition movement, and the golden “I” of Iowa in the logo. They offer a shuffleboard and board games in their tap room so it’s great for family and a group of friends on a lazy Saturday afternoon, or evening. 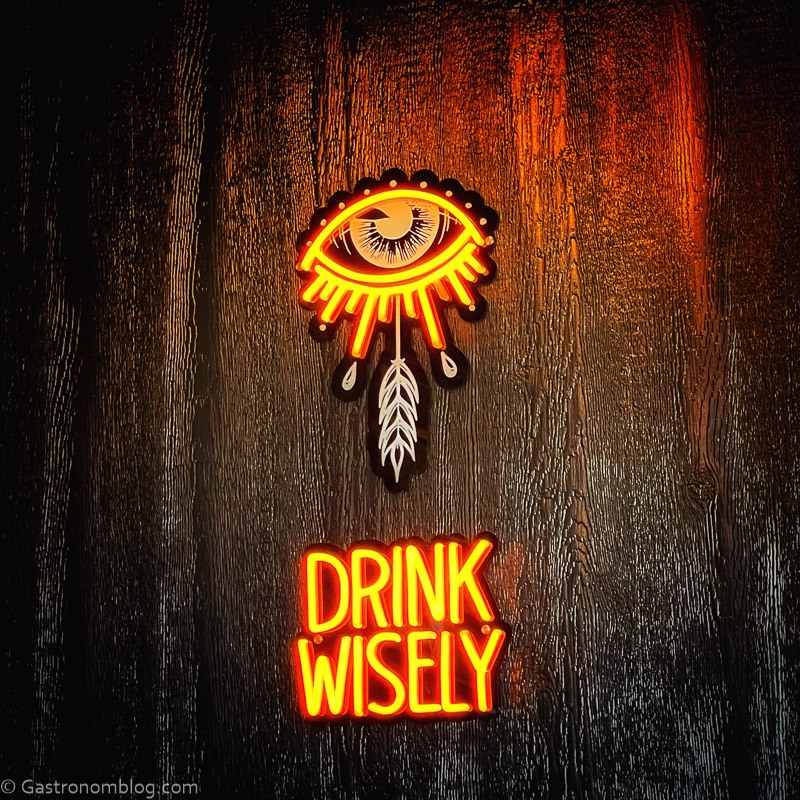 We also did beer flights at Wise I, and had 9 different beers to try. We had the choice of what we wanted to try, and the bartender advised us of one more, making it nine. Dan is a beekeeper, and wanted to make sure that we tried his beer collaboration with Wise I, the Effing Buzz. So, we happily obliged.

We started out with the lighter beers again, with the Wise Blonde, a golden American blonde ale. It’s clean and crisp.

Then came the Ringo Kid IPA. It’s an East Coast inspired IPA and brings the hops. Has great citrus and maltiness, and finishes a little juicy. 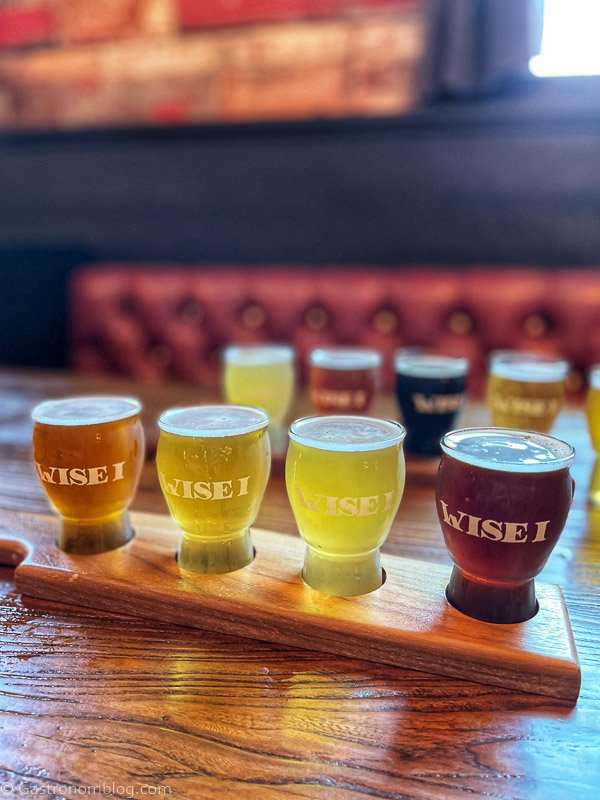 Then we tried the Laborer Lager. A Vienna inspired Lager, amber colored and crisp. Malty sweetness, not overly hoppy, it was perfect for this super hot Saturday afternoon.

Next came the brown ale, Young Goodman Brown. It’s nutty, roasty and full of flavor. This was a favorite of both Jay and I, and we kept going back to sip it some more. 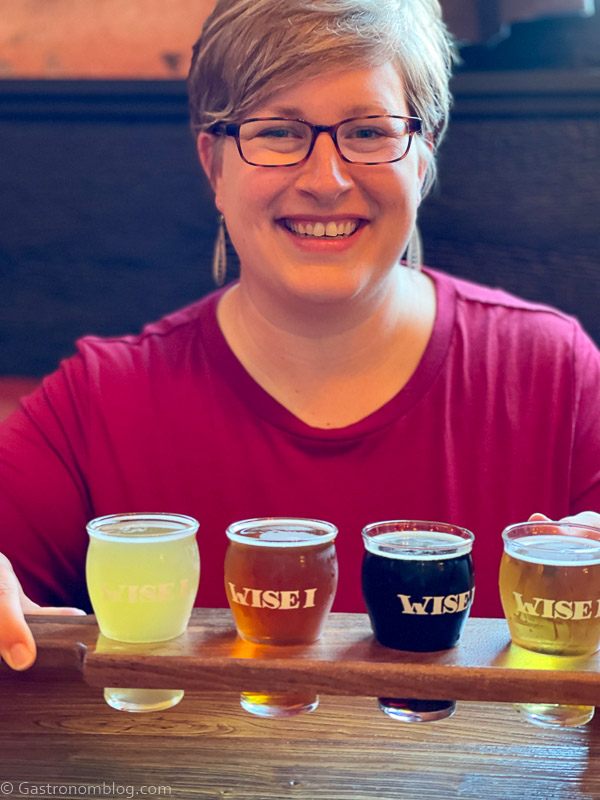 Then we started on the more exotic flavors that were offered. Wise I also offers ciders from Sacrilegious Ciders, and they teamed up for one, a SXNW Key Lime Pie. Fresh and flavorful, this light sip is perfect for a porch sitting situation all summer long.

The Waco Kid IPA was next, super hoppy with Citra, Zenia and Mosaic hops. If you like hops, this is one that you will LOVE! 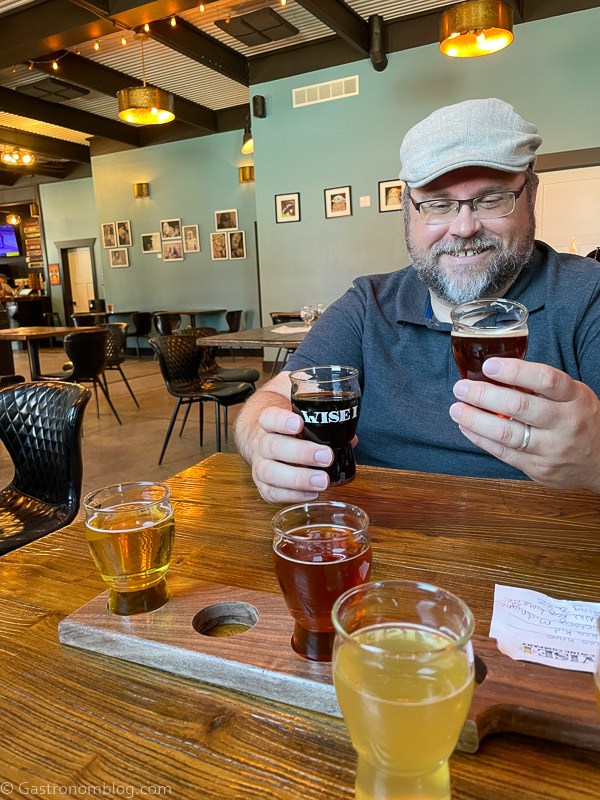 Then, the Effing Buzz, as was recommended by our server. This had a lovely nose with notes of honey and depths. It’s a light amber cream ale, is clean, balanced, and goes down so easy! Dan makes some great honey!

Before we got to the one that intrigued me the most, the Bee’s Knees, we tried the Victory at Midnight, an oatmeal stout. Dark and rich, this one was dessert in a glass, and we kept going back to taste this one, too! 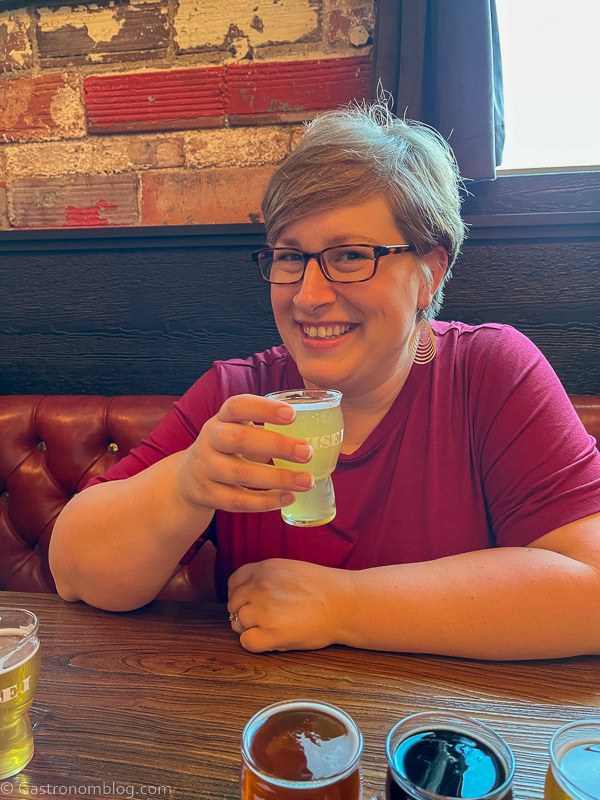 We finished with the Bee’s Knees, which caught our eye on the list right away. Obviously it’s the name of a cocktail, and brought all the flavors we were looking for. Honey, citrus, even a dash of lavender in this beer that edged on a cocktail. It’s the Wise Blonde brewed with honey. This is a shandy/radler beer, and a definite summer sip from Wise I! 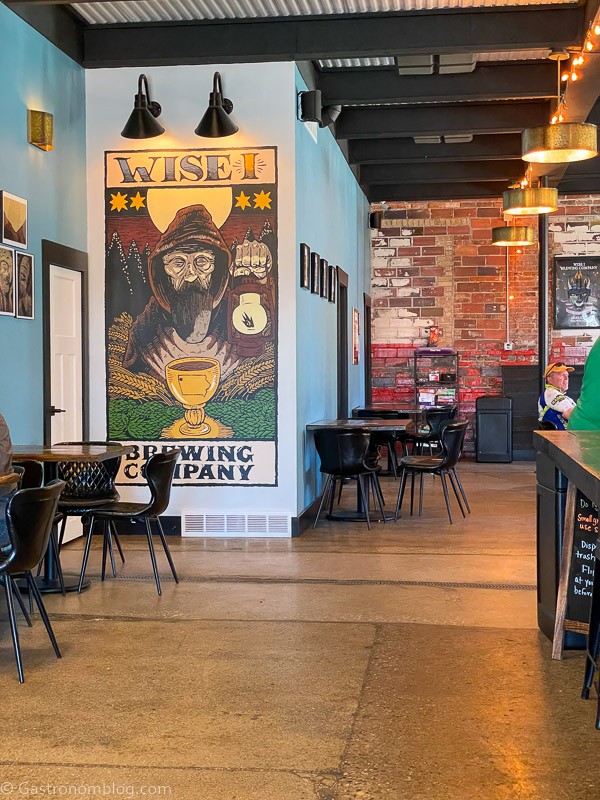 Make plans to pop into a local brewery in Iowa, whether one at a time or on a brew tour. Pace yourself though, you have time for this Iowa brewery tour! Or, the McHenry County Illinois Beverage Trail! 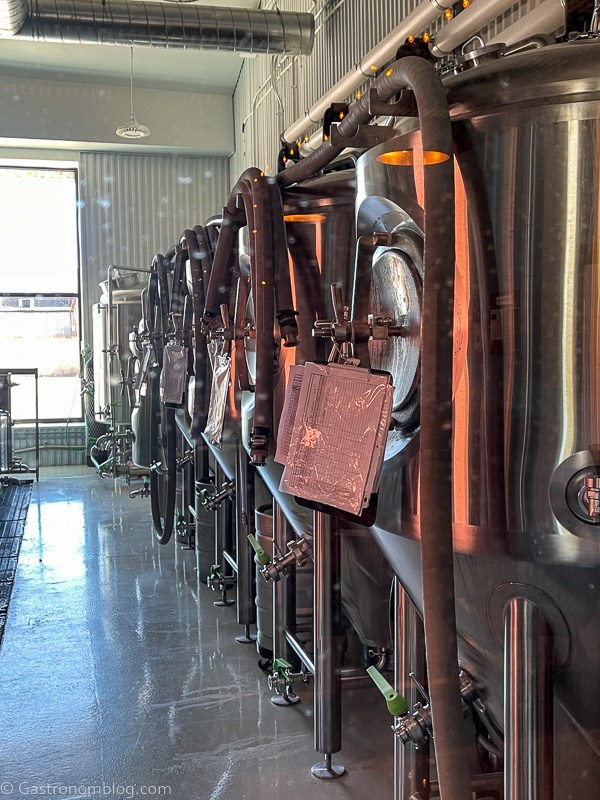 There are some great hotels in Sioux City, we suggest the South Sioux City Marriott Riverfront! Cheers!

Make sure to check out our friends Tim and Lisa’s trip to 2 other breweries, too! And a trip to visit Kansas City! And Grinnell, Iowa and the Highlander Hotel in Iowa City, Iowa! If you are headed north to Minneapolis, stay at Hotel Alma! Or, go north from there to Milk & Honey Ciders! 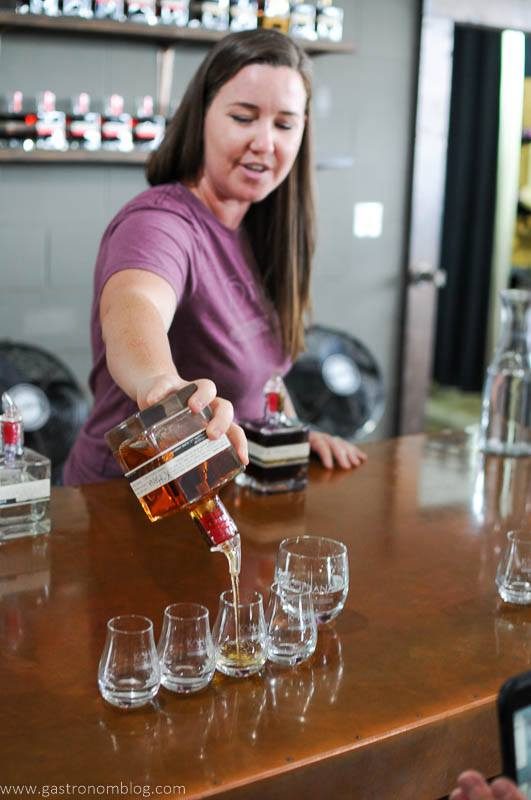 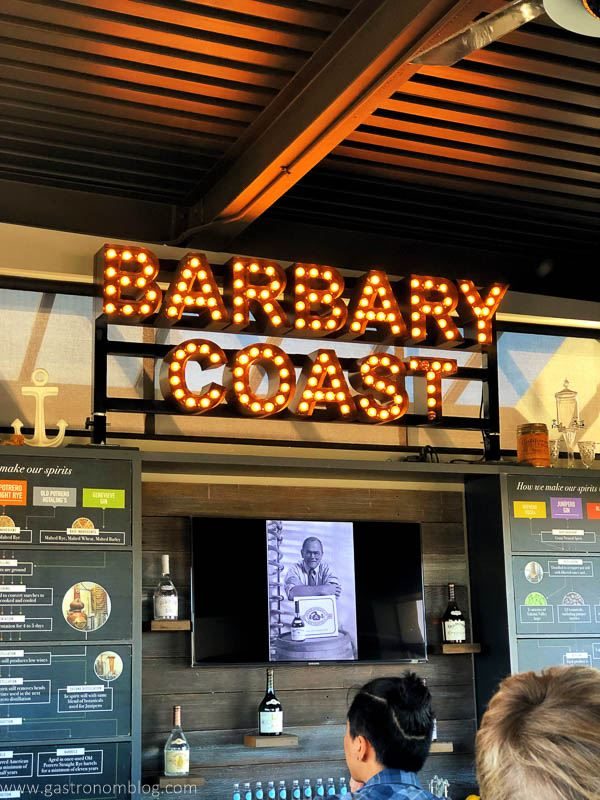 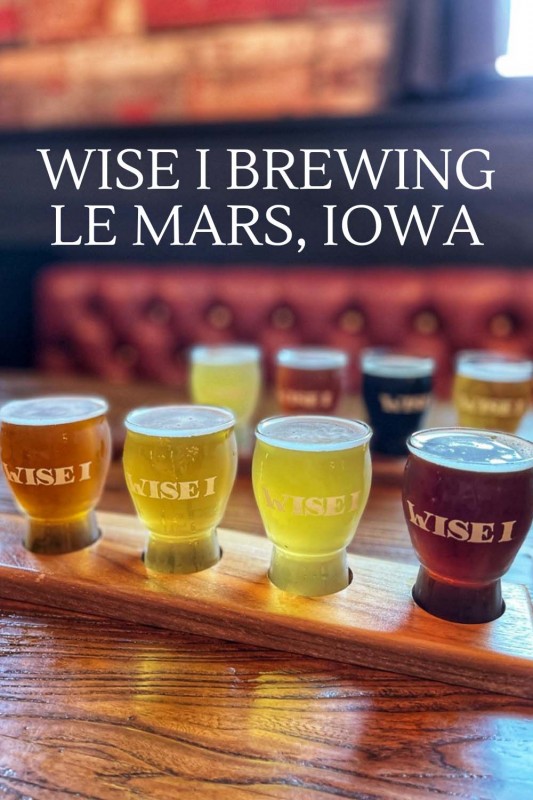