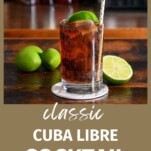 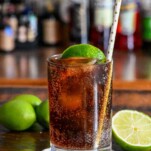 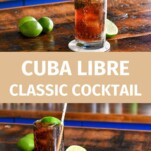 This popular Cuba Libre Cocktail can be found most anywhere, and easily made at home.  This is a simple 3 ingredient recipe that is refreshing and a great summer drink.

Cuba Libre, or a Rum & Coke with lime, is a classic and easy cocktail. But, its more complex than just the simple 3 ingredients. It is a rum and Coke with lime, but using those three ingredients together has made for some happy sips for a long time! It is one of the most popular Cuban cocktails, along with the classic Daiquiri. 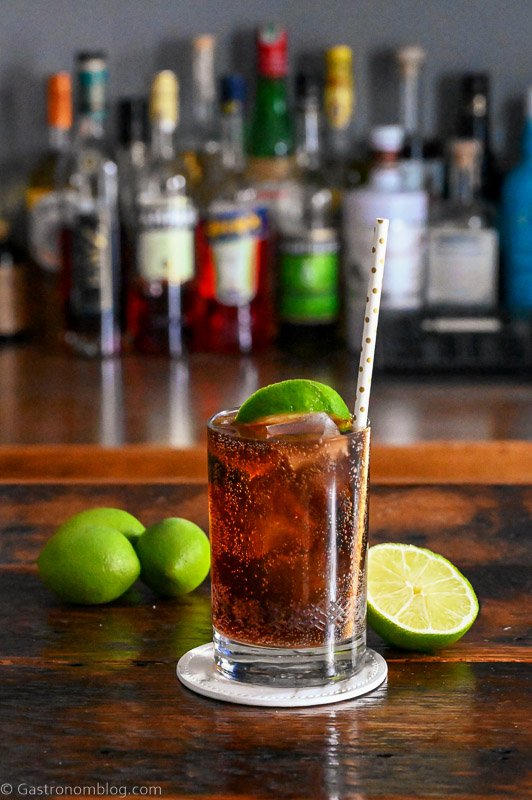 History of the Cuba Libre

The story goes that the Cuba Libre can be traced to around 1900. Around this time Coca-Cola had started importing glass bottles of Coca-Cola to Cuba. A drink that was called the Cuba Libre was popular in 1898 during the Spanish-American war, but it was a combination of water and brown sugar.

There is the story that Fausto Rodriguez, a Bacardi advertising executive, claimed to have been present when the drink was first made, and gave a notarized affidavit to that in 1965. According to Rodriguez, this took place in August 1900, when he was 14, and a messenger working for a member of the US Army in Havana. Rodriguez’s employer ordered Bacardi rum mixed with Coca-Cola at a bar. 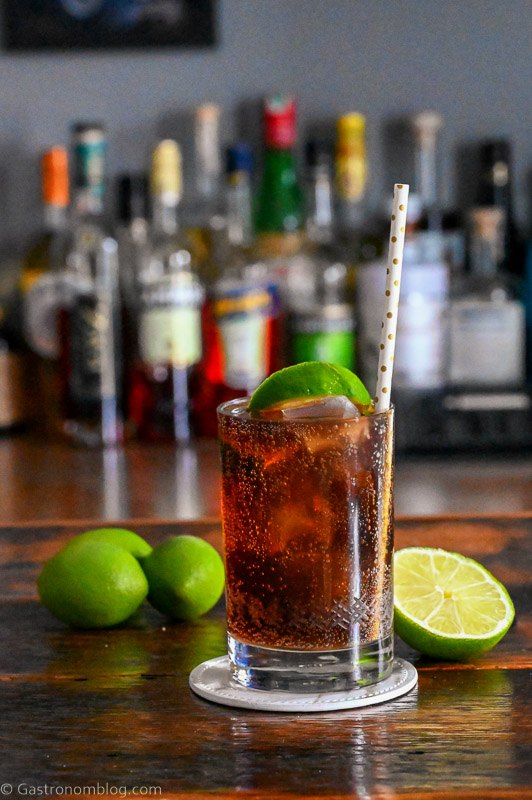 A group of American soldiers ordered a round for themselves, thus giving birth to the popular new drink. Bacardi published Rodriguez’s affidavit in a Life Magazine ad in 1966. But, Rodriguez’s being a Bacardi executive has led some to doubt the story. Another story says the drink was first created in 1902 at Havana’s El Floridita restaurant to celebrate the anniversary of Cuban independence. 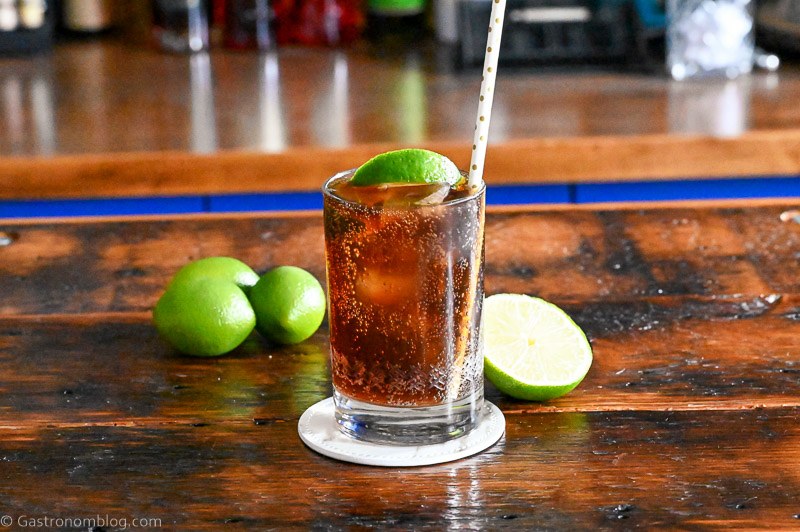 Why is it Called a Cuba Libre?

Cuba Libre translates to “Free Cuba” and as stated above, this may be the correlation of celebrating the anniversary of Cuban independence from the Spanish-American war. 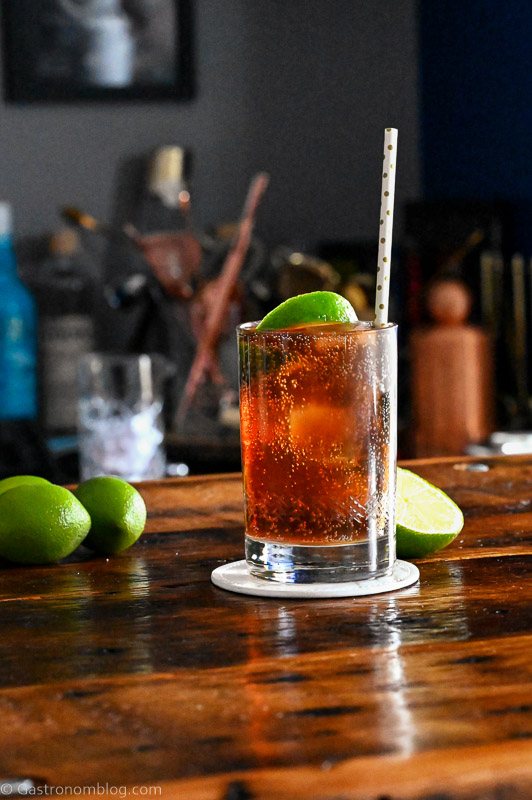 Is Cuba Libre the Same as a Rum & Coke?

Obviously Bacardi has embraced both drinks, as rum is the main ingredient of both. Bacardi rum was available during Cuban independence, but, the drink doesn’t call for a specific rum. This means you can feel free to use any rum that you like. 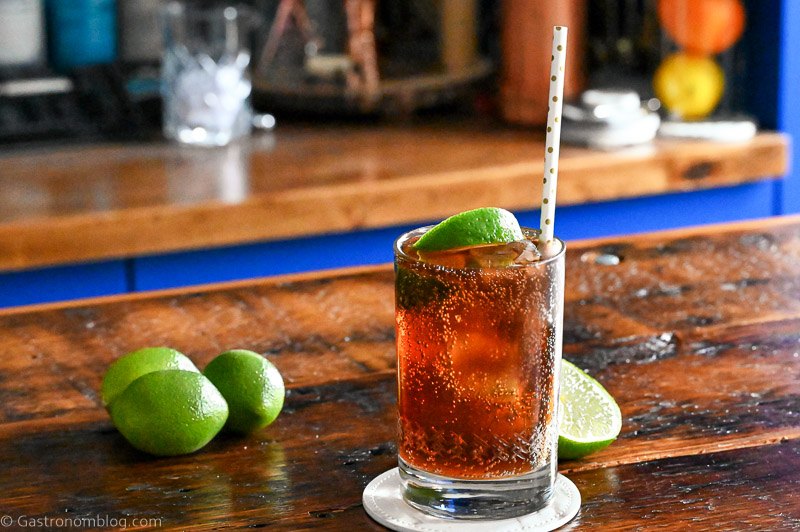 What Rum to Use in a Cuba Libre?

A light rum like Bacardi makes a Cuba Libre tasty and flavorful. But, you can also try a richer and more robust rum from Jamaica, or Central or South America, too.

Rum and Coke by itself is a classic combo that mixes tropical and grassy notes the rum with the bubbly and spicy flavor of the cola. The squeeze of lime adds a burst of citrus that works with both ingredients and tamps down some of the sweetness.This makes a Cuba Libre different from just a Rum & Coke.

Other Ingredients in a Cuba Libre 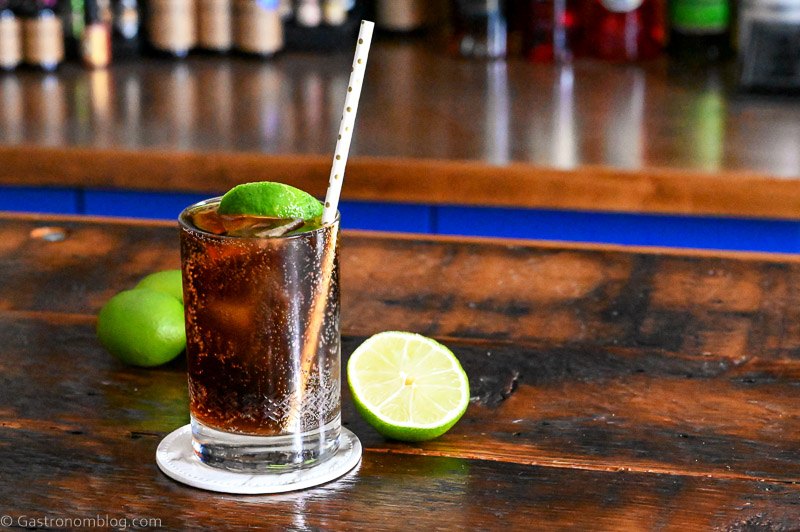 Just because it’s easy to mix up a Cuba Libre, these tips will make sure you have a fun, refreshing cocktail: 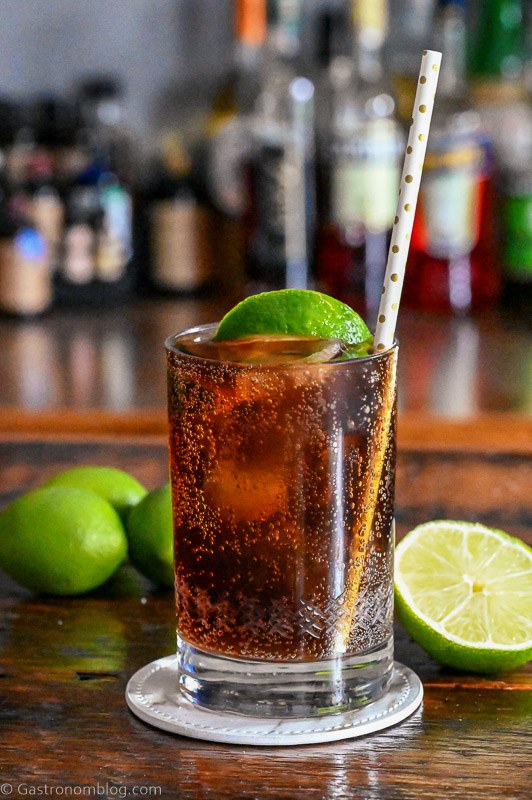 The Cuba Libre started a lot of cocktails that mix spirits and cola!

If you are only familiar with a Rum & Coke as a sweet party drink, this lime added version Cuba Libre may surprise you. We hope you try it out, cheers! 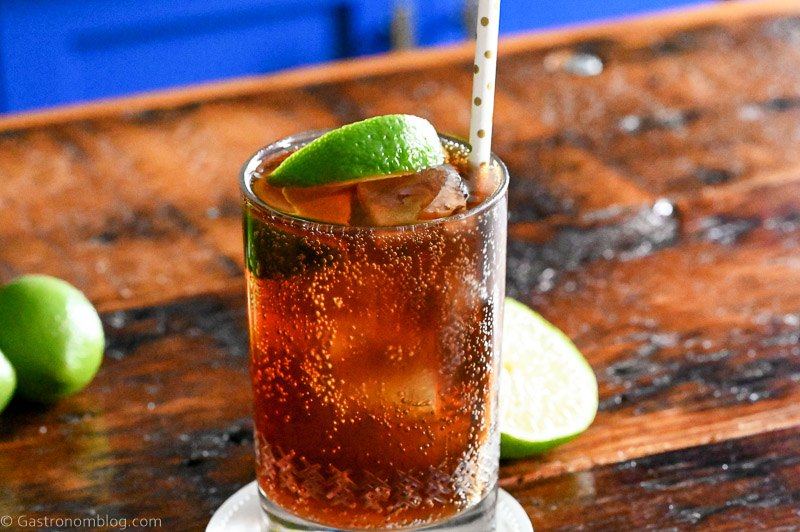 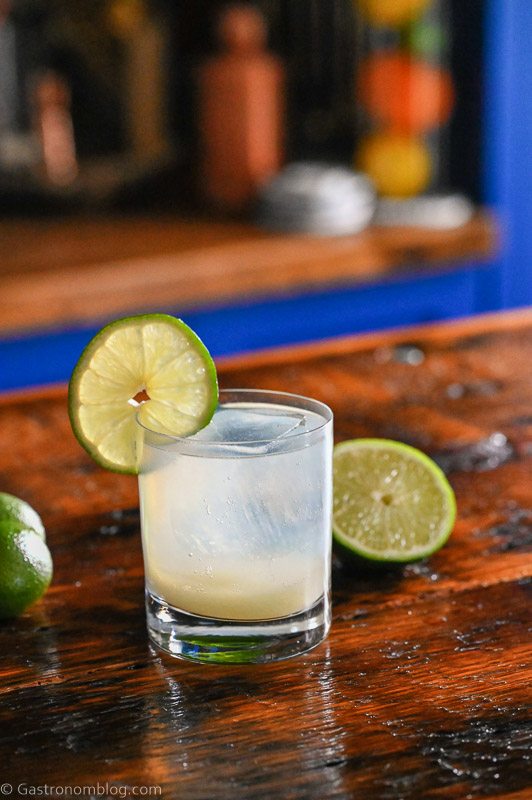 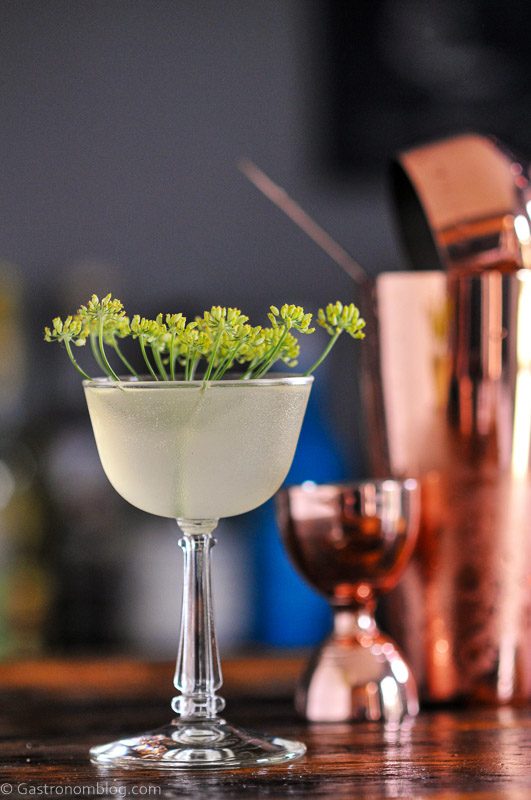 This Cuba Libre is an easy 3 ingredient cocktail from Cuba. Simple to make with rum, cola and lime juice. 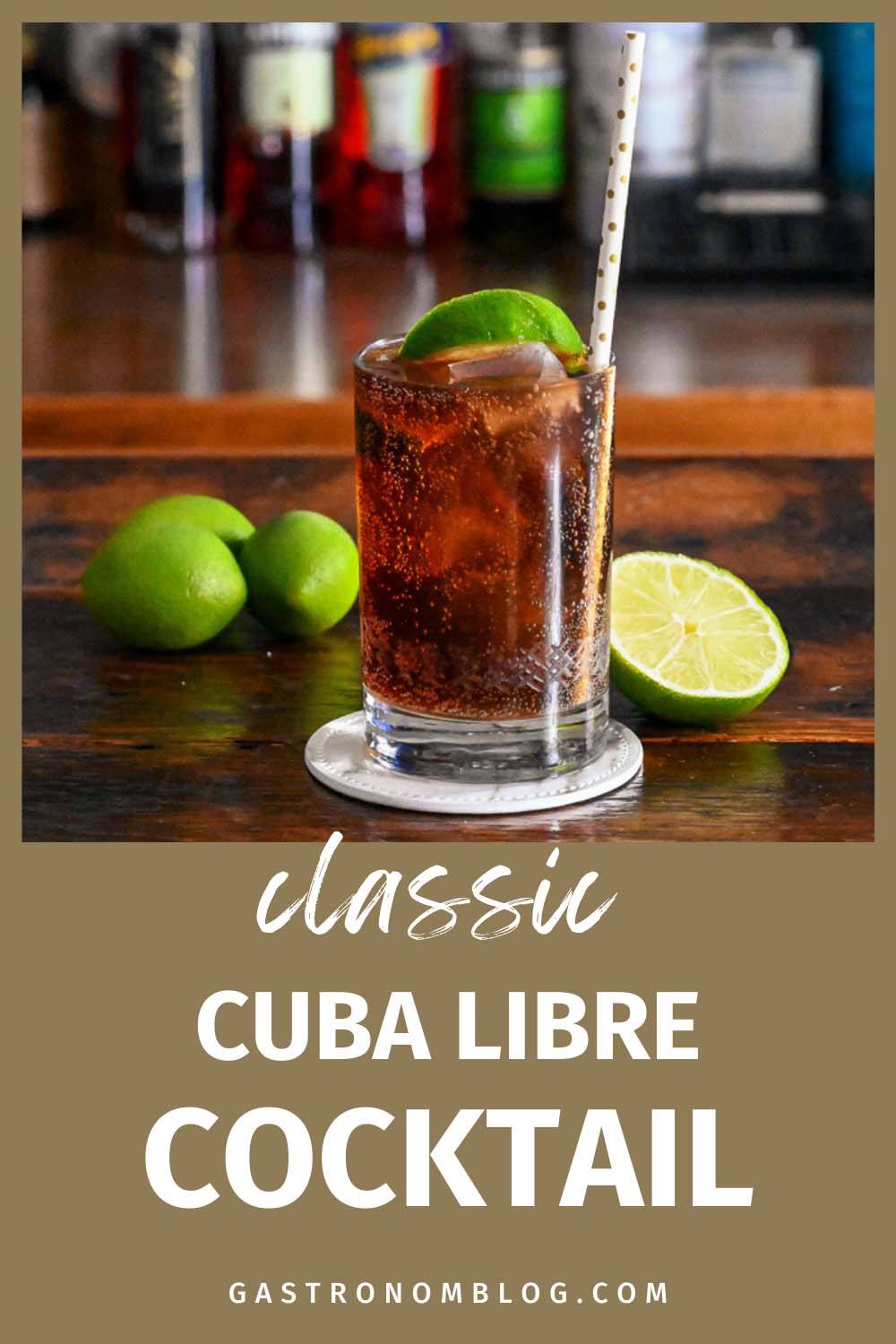