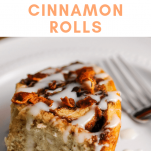 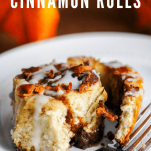 When the weather starts turning cooler and the leaves start changing colors, we get a hankering for some fresh baked goods! Here in Nebraska, one of the most popular baked goods is a cinnamon roll! And while a good cinnamon roll is a glorious thing, what makes anything better?

How about adding a little bacon and bourbon to make these cinnamon rolls into the ultimate brunch bakery item! 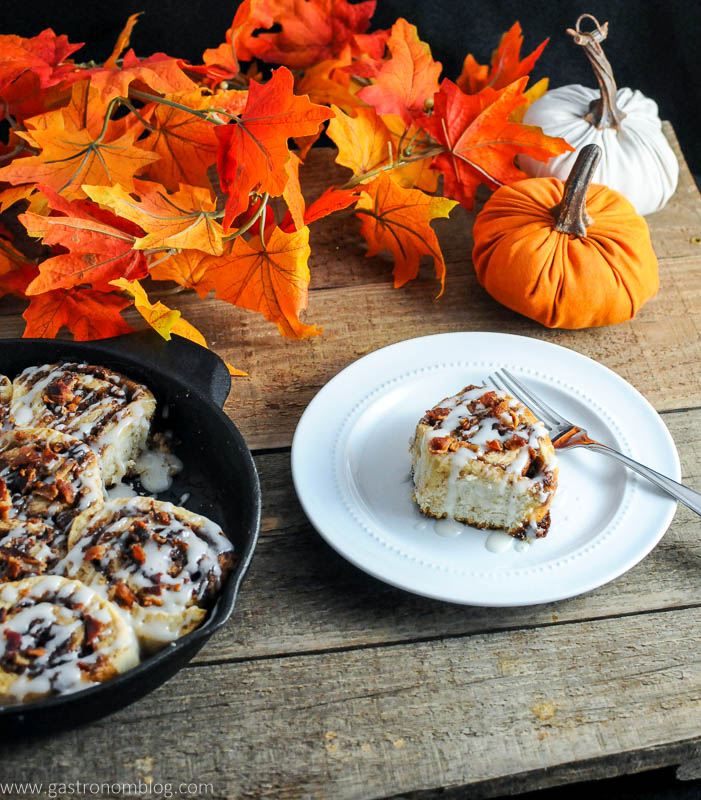 We love good cinnamon rolls from scratch, the sweet spicy cinnamon and airy doughy bread a delight to enjoy with a good cup of coffee or a mimosa (check out this Mimosa Jam

!) at brunch. We have even been known to indulge our penchant for a good cinnamon roll while wandering around the Omaha Farmer’s Market!

The other day we were planning a little brunch get together for some of our friends and were trying to do a fun little menu.

We were thinking about what dishes we were could make, when our boys mentioned that they thought we should make some cinnamon rolls and bacon (in the words of our youngest “We need bacon! Its the candy of meats!) This combination must have tickled our brains because all of a sudden we both blurted out bacon cinnamon rolls!

This sounded like a delightful treat, as salty and sweet makes for great combination. 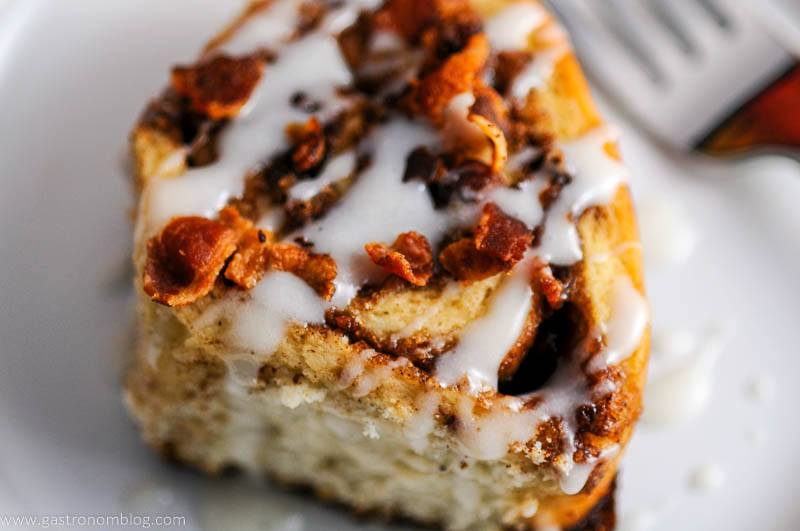 Of course being known as cocktail bloggers (especially among our friends) we have a little bit of a reputation to uphold when it comes to what we serve! We do like serving some boozy food, so since we had already made the decision to add bacon to our cinnamon rolls, we figured why not add another layer of flavor that plays well with both bacon and cinnamon, bourbon!

Two of the flavors we are always talking about when we talk about when we make bourbon cocktails are the warm baking spices like cinnamon, and the toasted caramel sweetness that baked goods get, so bourbon seemed like a natural fit with cinnamon rolls from scratch!

We started out with a classic sweet dough which gave us two advantages, the first being it doesn’t require yeast to proof, which leads to the second advantage, we can add in the bourbon into the dough without killing the yeast! With bourbon integrated right into the dough, you will get a rich full flavor of the bourbon but the alcohol all cooks off during the baking process.

The bourbon adds a nice extra hint of caramel and sweetness to the dough. 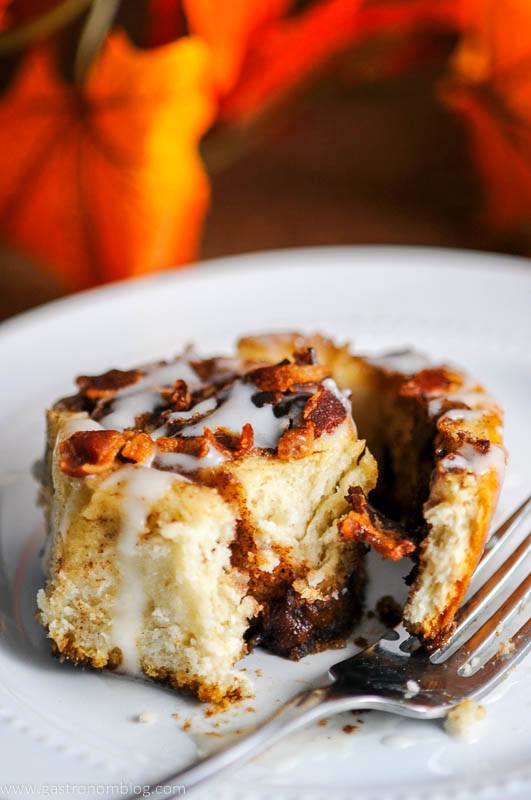 Bacon, How can You Say No?

We next cooked up some bacon, getting it nice a crisp.  Once cooked, we crumbled the bacon into small pieces so we could layer it into the rolls along with the cinnamon, spice and sugar mixture. The bacon pieces get rolled into the dough along with the spice mix and becomes a happy bits of candied bacon after the rolls are baked.

What Ingredients are Needed for the Bourbon Bacon Cinnamon Rolls?

We liked the way the bourbon makes the icing a little less sweet than the plain icing, not to mention added a great bourbon smell to the icing. A final sprinkle of bacon crumbles on top of the icing is the perfect final touch to these delicious Bourbon Bacon Cinnamon Rolls from scratch! 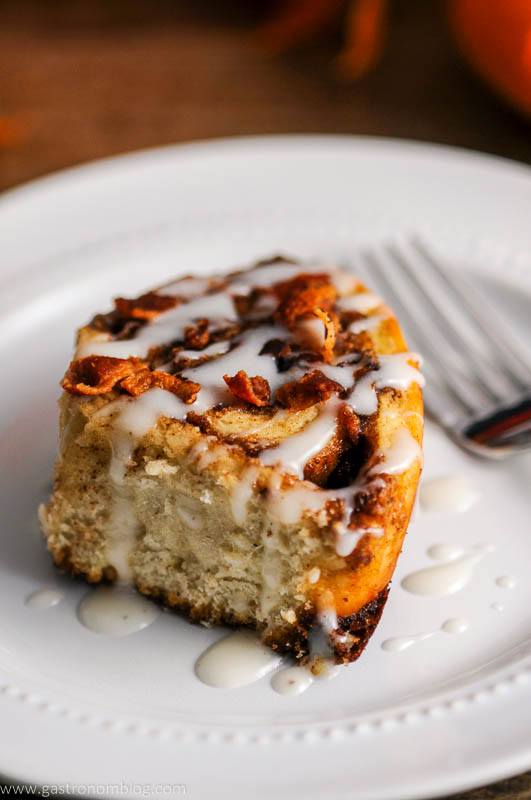 If You Are Looking for More Breakfast, Try These!

We unveiled the Bourbon Bacon Cinnamon Rolls from scratch at our brunch with friends and they were a huge hit! Want a great brunch cocktail to go with it? Try our Spicy Bloody Mary! 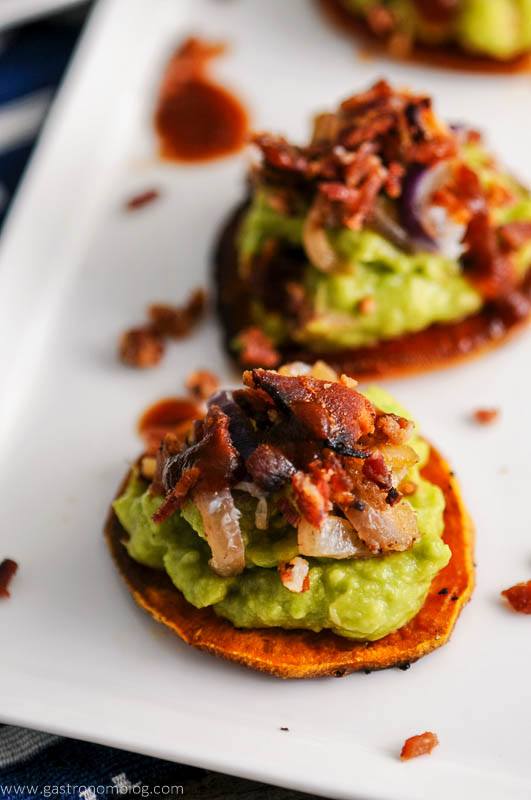 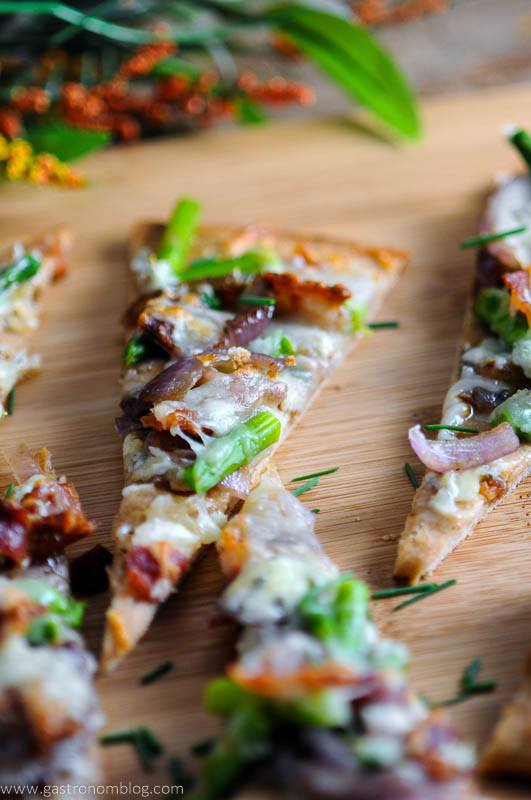 Bourbon and bacon in cinnamon rolls? Yes please, makes for a fabulous breakfast or brunch.

Transfer to a floured surface and knead until dough is smooth. Add more flour as needed, so it's not overly sticky.

Flatten the dough into a rectangle, about 12x18 inches. Brush on 2 tablespoons of melted butter.

Dump filling onto dough and spread evenly, leaving about 1/2 inch border around the edge. Press the filling down a bit so it sticks. Place about 1/4 cup bacon crumbles on top of filling. Set aside the rest of the bacon.

Starting on the long side of the dough, start to roll up, pressing as you go, to create a tightly rolled log. Pinch the seam closed and lay seam side down. Cut into 9-10 slices, placing in pan as you go.

Brush rolls with remaining 1 tablespoon of melted butter. Bake for 20-25 minutes or until golden brown.

When slightly warm, top with icing and remaining bacon. Enjoy!

Combine all dry ingredients, except bacon in a small bowl.

Add in butter and mix with a fork until it resembles wet sand.

In a medium bowl, beat the cream cheese until smooth, adding sugar and nutmeg.

If it's too runny, add in more sugar if needed. If too thick, add in more buttermilk or bourbon (cause, why not?) 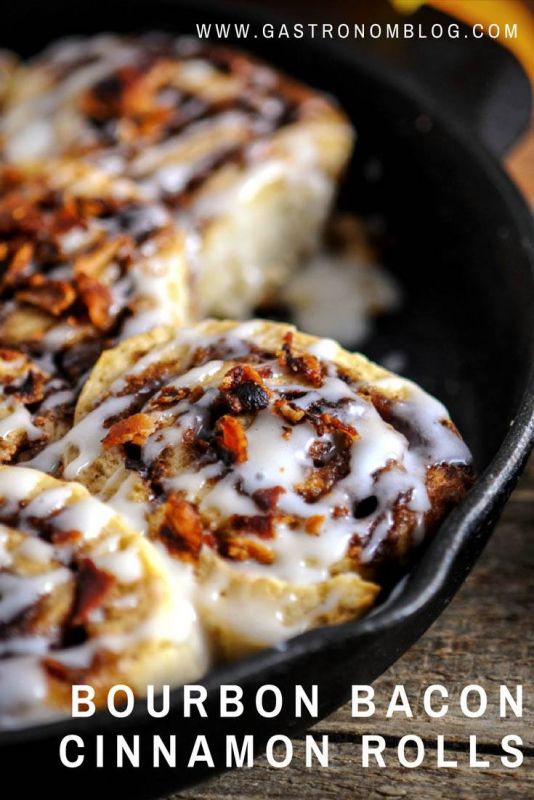